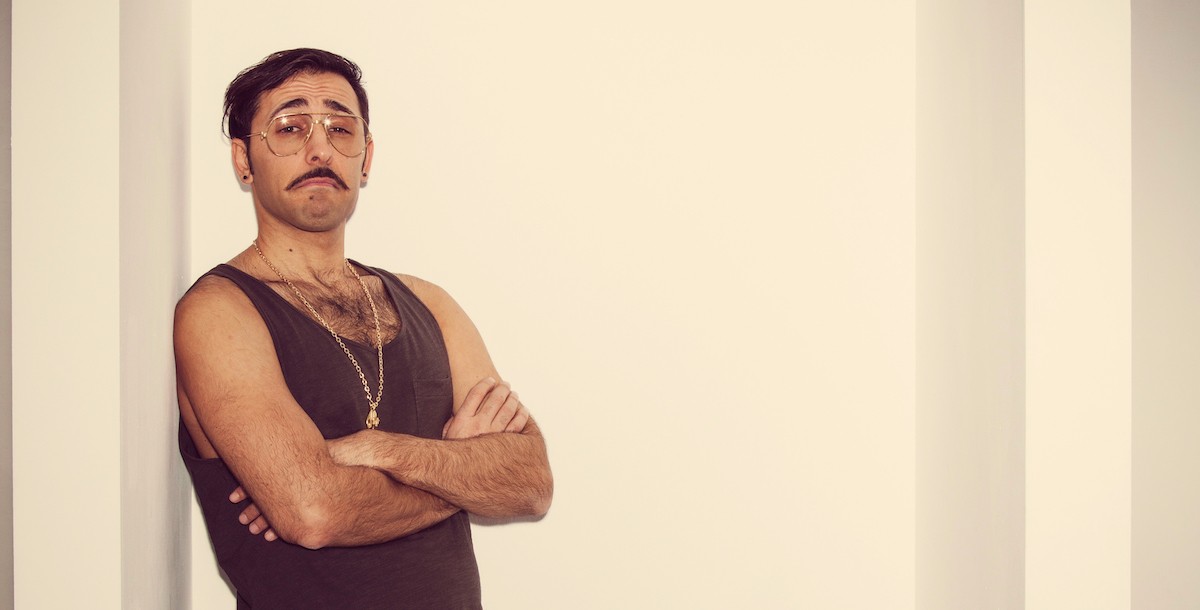 Constantly working in parallels - drenched by a potent mixture of juxtaposition and fluidity in both his sets and his productions - Bülent Gürler AKA Butch, fuses the grey-area space between music of the body and mind. With over 20 years consumed by a thirst for electronic music, the Alzey-born, Mainz raised entity has released on leading imprints such as Desolat, Cocoon, Rekids, Sei Es Drum and beyond, while maintaining a solid DJ schedule that’s seen him open the minds of crowds at fabric, Time Warp and his residency at Berlin’s Watergate.
22-years ago, a 12 year old Butch received his first record player, some second hand vinyl and obediently burrowed into his room to scritch-scratch and beat juggle imitating and idolizing the masters he saw at the DMC World Championships and the vinyl culture central to its core. Of course, he grew older and louder and continued to broaden his palate for music. Butch got hooked on the art of sculpting beats sometime in the last millennium. He started with baby-steps in 1991 before reaching his current optimum state - a refined style that’s seen him voted as ‘Best Producer’ in Groove and Raveline magazines two years in a row, whilst also sitting atop the All-Time Most Charted section on Resident Advisor.

Techno heads love Butch, house heads love Butch, as well as the deep and dirty and the light & bright. Few artists flow through genres and emotional landscapes with such ease and fluidity as Bulent, challenging preconceptions of the dance-floor and the expected outcome in the process. The spark behind his excursions is natural: as a music lover he’s always stayed open to different styles and aesthetics. As an artist, he’s always allowed himself to express his take on each genre – it’s true that with Butch, you never know what to expect, other than consistently fresh and unique output.

Butch's production might have contributed to his rise through the ranks, but it’s his avid work ethic and undying love that gives his success a solid and deep-rooted foundation. Striking a fine line between quantity and quality is no easy task, but this juxtaposition comes easy to an unpredictable talent such as Butch. Holding residencies over the years at venues and clubs such as Sankeys Ibiza and Robert Johnson in Offenbach Germany, Butch continues to squeeze the best out of every after hour party and every club night floor that he holds court over.

Butch might be the hardest-working man in the scene, but it all comes naturally to a man who is first and foremost a music lover by heart. 5 days a week he spends emphatically producing music, as well as performing around the world at various parties, all of whom are looking for the special vibe and feeling that Butch brings to his unpredictable, existential sets.

“I like to make people dance and have fun. I’m the captain of the spaceship and I’m driving it. People who come to the show get in the ship – and I take them on a trip. To get into the spaceship, they leave their physical body at the door. You must switch off the real world and switch off the mind. I will do the rest.”

As with any restless entity, Butch is set to further explore pastures new in 2014. He’ll be launching OTHRSIDE and working on more experimental, “psycho-acoustic’ music with friend and percussionist Hohberg. A mixture of sonic soundscapes and electronic structures, the planned album will seek to cast its tracks across the divide of musical consumption and appreciation – an album suited to home listening as much as it is for dance-floor.

Further collaborations are also on the horizon, with a return to making music with friend and cohort Ricardo Villalobos as ButRic - with the two figures being anything but generic, it promises to be another feet twitching, brain melting escapade in Butch’s musical ride.

It’s Butch’s interplanetary connection to the music – and willingness to create out-of-the-box slabs of detailed sound - that maintains his position at the forefront of the underground electronic scene.
© 2021 PollerWiesen Hoffmann & Peiki GmbH
‹ › ×